For culture interested- and culture creators in Nairobi, Johannesburg, Detroit, London, Paris or Dakar, the name Bayreuth is a common word.

The academy, founded with the funds from the Federal Ministry for educa­tion and rese­arch, provides a frame work for ground­brea­king rese­arch projects, which are linked to over­ar­ching debates. The academy brings rese­arch to Africa and to African diaspora in a scien­tific dialogue with other rese­arch centers and thus opens new perspec­tives beyond the limits of regional studies. The main focus of the Bayreuth academy during the first phase (2012–2016) is on the total project “Future Africa – Visions in Tran­si­tion”, which is divided in five subprojects.
The academy‘s main work focus lies on cultural and social sciences but she is also open for other subjects. Her scien­tific findings and debates on big current topics should be broad out in cultural and educa­tional work, in public and in poli­tics. Thus the academy orga­nizes regu­larly public lecture series and acts as a coope­ra­tion partner with other insti­tu­tions of the IAS.

The institute for African Studies promotes and coordinates Africa studies from 12 curricular groups of the University of Bayreuth, which are distributed over all six faculties. 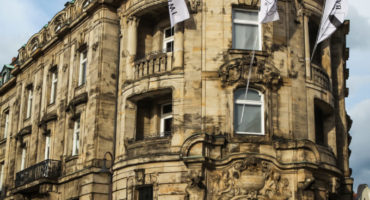 The Iwalewahouse is part of the University of Bayreuth and a place of production and presentation of discourse based, contemporary art. 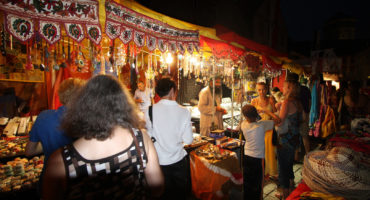 The Africa — Carib­bean festival is a big street festival in the down­town area of Bayreuth.