The 19th century Bayreuth Festival Opera House of Richard Wagner is one of the largest opera houses in the world and known for its one of a kind acoustics.

Every summer Bayreuth is a cultural center of artistic explo­ra­tion of Richard Wagner‘s music. The Bayreuth Opera Festival (Fest­spiele) has made the city of Bayreuth inter­na­tio­nally famous, as well as the singers, direc­tors and set desi­gners. With the sound of the opening fanfares of the Richard Wagner festival, an inter­na­tional audi­ence flocks into the city and the Festival Opera House on the green hill, whose foun­da­tion was laid there in 1872. With its one of a kind acou­stics it capti­vates visi­tors year after year.

The life and work of Richard Wagner gave the former upper Fran­co­nian resi­dence city Bayreuth a far reaching and new look in the 19th century. The circle of music lovers, who want to expe­ri­ence the entire works live, has become larger and larger and with this the chances to purchase tickets for the desired festival became smaller and smaller.

The opera festival begins on July 25th and conti­nues until August 28th. With a chan­ging plan of opera‘s the stage is set each season with 30 perfor­mances for ca. 2000 spec­ta­tors, many of them from foreign countries.

Richard Wagner chose Bayreuth as the place for his opera festi­vals already in 1871. The margra­vial opera theater brought Richard Wagner to Bayreuth. At that time, the margra­vial opera theater had the largest stage in Germany which aroused Richard Wagner´s inte­rest, as well as the loca­tion, which was half way between Munich and the capital Berlin, but still in the terri­tory of his patron Ludwig II. It did not deter Richard Wagner, that in fact the margra­vial opera theater was for a Wagner music theater to small, to opulent, to furnished for pomp and repre­sen­ta­tion. He had to have an Opera Festival House in Bayreuth, in spite of an alleged attrac­tive offer from Chicago and the fact that King Ludwig would have preferred to have the opera house in Munich. After first designs from Gott­fried Sempers were rejected, Richard Wagner hired the Leipzig archi­tect Otto Brück­wald, who took over some main features of Gott­fried Sempers designs. 1872 the foun­da­tion was laid. The house was to be financed by patron shares which initi­ally did not have the desired results so that King Ludwig had to ensure the comple­tion of the house with a credit of 400.000 Marks.

The first opera festival was finally opened in 1876 with the premier of the Ring of Nibe­lungen under the eyes of emperor Wilhelm I and the Brasi­lian emperor Dom Pedro II. The list of atten­ding compo­sers reads like a list of “who is who” of classic music at the time: Tschai­kowsky, Grieg, Gounod, Bruckner, Liszt und Saint-Saens. The festival house contri­buted its share to the myth of Bayreuth which began that day. What was and what makes the Festival Opera House special? How is it, that the Festival Opera House, at the time built with modest means as a pure summer theater, is mentioned in the same breath with the Metro­po­litan opera house in New York or the Sydney opera house? Why is it for example, that Placido Domingo in a TV inter­view, declared the Bayreuth Festival Opera House as the best one of all opera houses.

Surely it is not because of its plain, red brick façade, which reminds one more of an 19th century indus­trial buil­ding rather than an opera house. Also probably not because Richard Wagner desi­gned it after antique design examples. This seen by itself is a quite inte­res­ting fact. All 1937 seats are placed in direct line of sight to the stage and over the steeply rising ranks of the audi­ence room spans illu­sio­ni­stic the sun sail of the Greek theater.

You find further infor­ma­tion about the Festival Opera House and its buil­ding history, as well as many photo­graphs on the offi­cial home­page of the Bayreuth opera festival under: www.bayreutherfestspiele.de

A short introduction of the Festival Theatre: 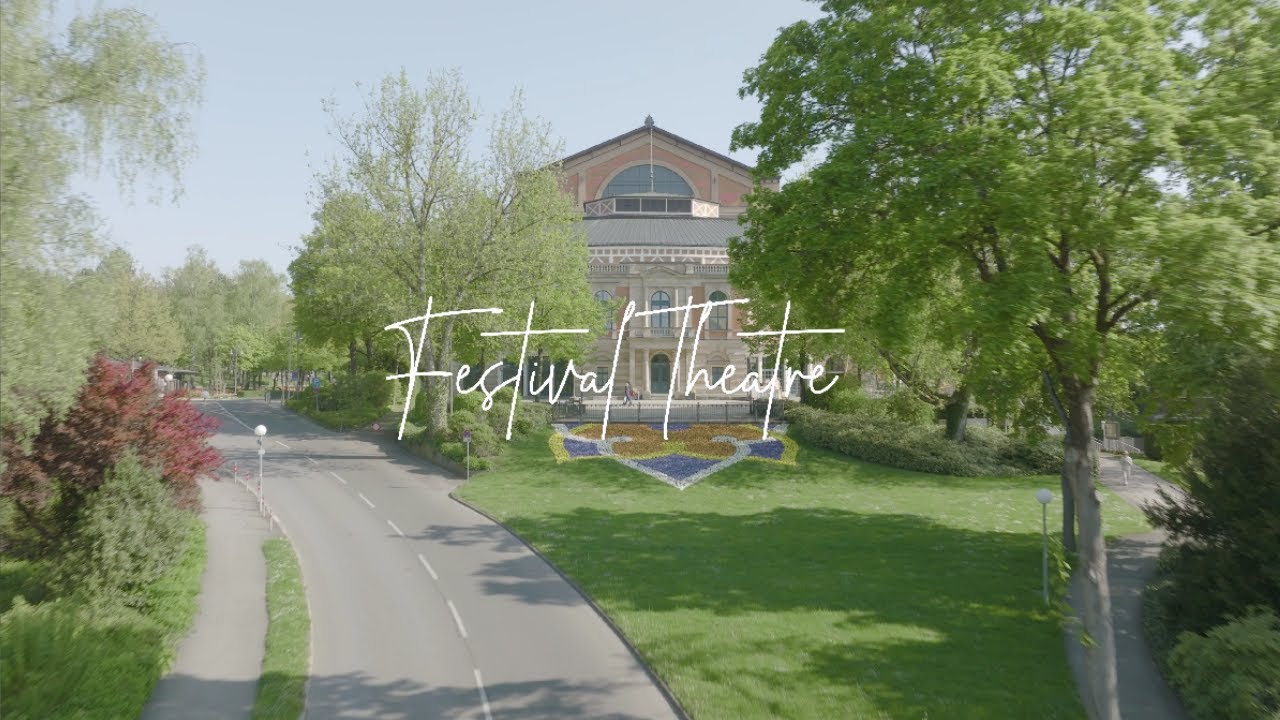 More information about the Opera Festival and the Opera house you find here: